Ironside is a Universal television series that ran on NBC from September 14, 1967, to January 16, 1975. The show starred Raymond Burr as a paraplegic Chief of Detectives, Robert T. Ironside. The character debuted on March 28, 1967 in a TV movie. When broadcast in the United Kingdom the show was initially titled A Man Called Ironside. The show earned Burr six Emmy and two Golden Globe nominations.

In 1967 Bruce was in one of his earliest performances for an American Audience. The show was a typical American detective series set in San Francisco called Ironside, This particular episode was "Tagged for Murder."

Lee Played Leon Soo, a son of a deceased Soldier and Instructor of Karate in an Aikido to Judo Martial Arts school. Apart from the female student who looks lost while on the sparring, it’s not a bad little sequence. 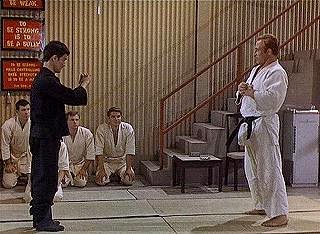 Bruce’s Performance
If you look closely in the background you can see some early Bruce Lee philosophy, one plaque inscribed with "To be powerless is to be week" another with "To be strong is to be a bully."

Although there is no JKD Philosophy like Longstreet and the performance is short, 2 minutes 50 seconds to be exact! Lee had time to show off his style against two students. Performing his trademark sidekick that he uses to intercept Bob Wall and an escape from an attempted throw using a backflip.

Lee then goes on to be interviewed by Ironside's female assistant about items left to him by his deceased father before the scene finally ends. 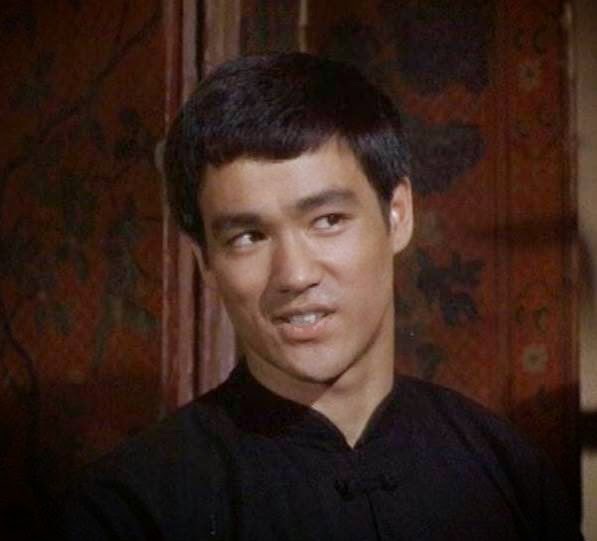